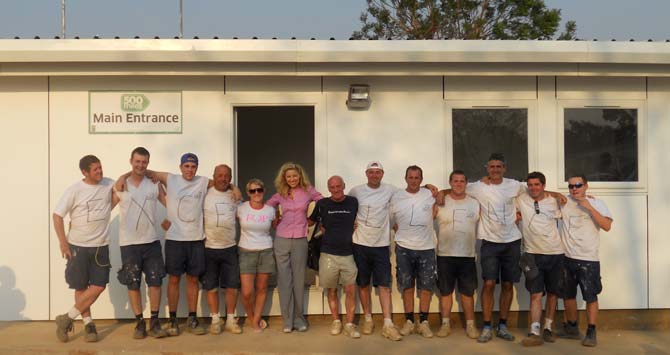 The 500 miles Prosthetic and Orthotic Centre is in the grounds of Kamuzu Central Hospital (KCH), the main tertiary care hospital for central region.  500 miles runs this facility for the Malawi Ministry of Health (MoH) as part of the government health service and we have responsibility for management and funding. The qualified Malawian staff are employed by MoH. The 500 miles Centre is also supported by an exchange programme funded by FK Norway*.

500 miles began work at KCH in a building (made out of three seagoing containers) which was extremely kindly provided, erected and fitted out for us by the Lord Provost & International Office of Glasgow City Council (Glasgow LP’s Office) and Glasgow City Building (GCB) in September 2008. Our current premises, a superb modern kit building close to the original building, were erected in September 2010, through a joint venture among the Glasgow LP’s Office, GCB and 500 miles (funded by the Maitri Trust). The original building is now used as offices for KCH and storage for us and is ear marked as our expansion space. 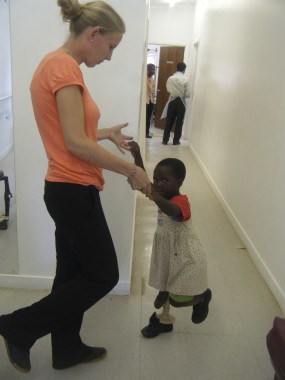 Our current expat manager is Evelyne Huizinga, a physiotherapist from the Netherlands. She is one of the founders of a charity in Malawi called Development and Integration of People with Disabilities project (DIPD) with which we work closely. Our first manager was Tone Oygard, a prosthetist/orthotist from Norway and she was replaced by another prosthetist/orthotist, Joanna Cole-Hamilton from Scotland before Evelyne took over in October 2012. We are grateful to all of our managers for leading the development of the Centre.

The Malawian staff employed by MoH are Alex Kambewa, Patrick Govati, Clifford Finye, Maliwase Munthali, Mark Ndagonera and Joseph Kambuye. 500 miles sponsored both Maliwase’s and Mark’s 3-year diplomas. Patrick and Clifford have worked for a year in Norway under the FK Norway* exchange programme. Mark spent his FK exchange year in Cambodia and Maliwase is enjoying hers there now. 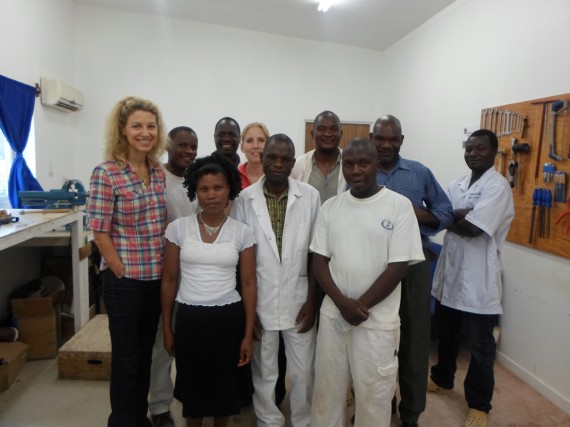 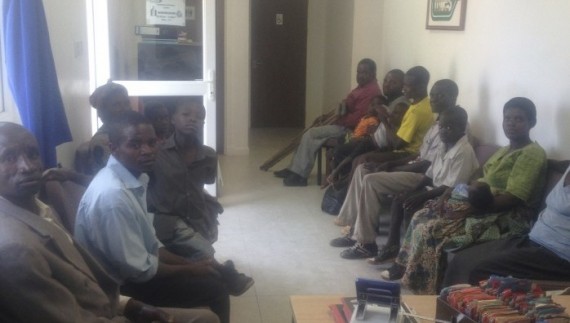 Since 500 miles opened to patients in March 2009, we have carried out approximately 3,500 patient fittings and we are currently producing an average of around 80 devices each month. Over half of our patients are returning patients.

Many of our patients are referred by KCH or other medical services and NGOs in the area such as Children of the Blessed Trust, and many of our patients “walk-in” because they have heard about us – but we now actively pursue an outreach programme with a view to making our service genuinely available to everyone in central region. In this we work closely and with great cooperation with a number of partners. They include KCH itself and the District Hospitals in a number of areas and: 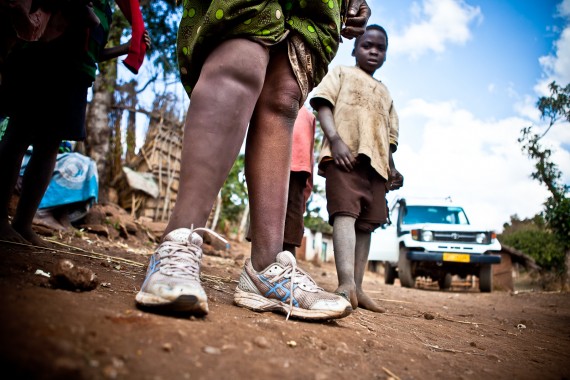 Our aim is to build the capacity and the economic and practical efficiency of this Centre to the optimum level and to train and develop the Malawian staff – and then to hand over responsibility for managing, running and funding the Centre to MoH through KCH. 500 miles will then continue to support the Centre by providing it with the income it needs in order to be self-sufficient by funding and subsidising the purchase of devices for those who cannot afford to buy them.

FK Norway is a Norwegian Government body which funds international exchange programmes which seek to improve the capacity and competence of organizations and their staff by mutual exchange of their personnel. The 500 miles Centre at KCH is a partner in an exchange programme with Sophies Minde Ortopedi in Norway, the Cambodia School of Prosthetics and Orthotics and  the Tanzania Training Centre for Orthopaedic Technologists (the school to which 500 miles has been sending our Malawian students for training).