Colin McGregor was a “Topgun” pilot in the Royal Air Force for 20 years but retired in 2007.  The former fighter pilot, who flew Tornado GR4’s, has always loved planes. His father instilled his interest in flying by taking him and his elder brother, actor Ewan, to air shows from an early age.

Colin actually appeared alongside Ewan in Trainspotting 2 but didn’t have a talking part. In April 2018, to celebrate the centenary of The Royal Air force, Colin and Ewan co-presented the BBC show, “RAF at 100”, taking to the skies in some of the world’s most iconic planes.

For the tomato sauce

(This sauce can be used straight away, or placed in an airtight container and stored in the fridge for up to a week, ready to be used as required.)

Add whatever toppings you want then cook in the pizza oven.

Try our other latest recipes & tips 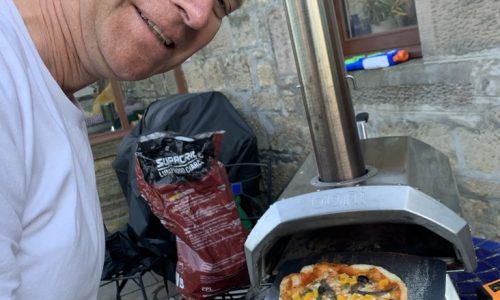