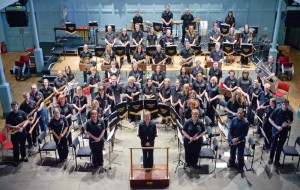 The Edinburgh Concert Band and James Gillespies Primary School Choir joined forces for a lively spring concert at Morningside United Church – and raised an impressive £2,532.52. Conducted by Sarah Cunningham, the Edinburgh Concert Band is a community group of around 60 amateur woodwind, brass and percussion players. On the day, the band performed a wide selection of classical, traditional and modern pieces, while the enthusiastic boys and girls of Gillespies’ choir provided a choral interlude. All in all, the concert raised the roof and, thanks to the Morningside United Church’s hosting and sponsorship, raised a great deal of funds for 500 miles. The MUC have been long-time friends and supporters, donating a further £600 in 2011 alone.

Funds in the Pipeline

We’re delighted that, for the second year running, Les Dickson has nominated 500 miles as…

There are probably few people who understand our work better than John Eyley, Scott McNabb,…

A Special 50th for Jane

For her 50th birthday earlier this year, Jane Hogarth decided that she didn’t want presents…