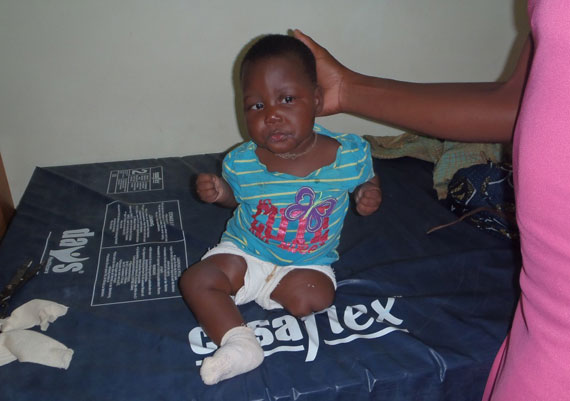 Faith Chipeta was treated by Tiwonge Kaponda at the 500 miles centre in Mzuzu, Malawi in November 2016. Faith was an only child when, at the age of 6 months, she developed gangrene in her left leg. It will have been caused by septicaemia but we don’t know the root cause of that. She was taken to a local hospital in the north of Malawi where Faith’s leg was amputated through her thigh to save her life. Faith’s father divorced her mother when he saw the amputated child. This is a common consequence of an acquired or congenital disability. 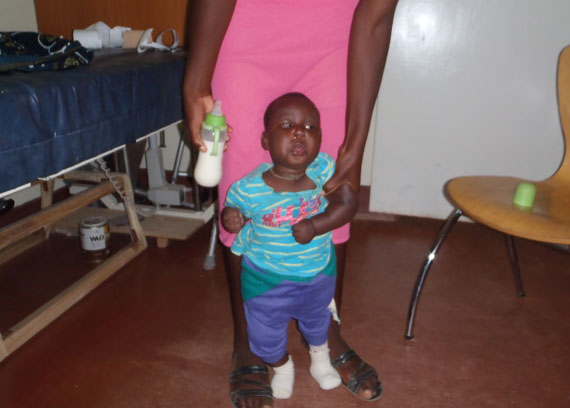 Fortunately, Faith was picked up by St John of God, one of our referring partners, in an outreach and referred to 500 miles. When Faith was one year old and the wound from the amputation well healed, 500 miles fitted her with a trans-femoral prosthesis so that she can get used to standing upright from the age when most children start to stand and walk. Faith’s prosthesis does not have a knee joint but as she grows and strengthens enough to use one she will get it. The staff of St John of God were themselves interested to see that we can help someone as young as Faith. We have found that the earlier a child gets a device, the more easily he or she will adapt to it – and be accepted by his or her peers. Faith will be reviewed every three months and there is no reason why she will not walk from babyhood into childhood and beyond.